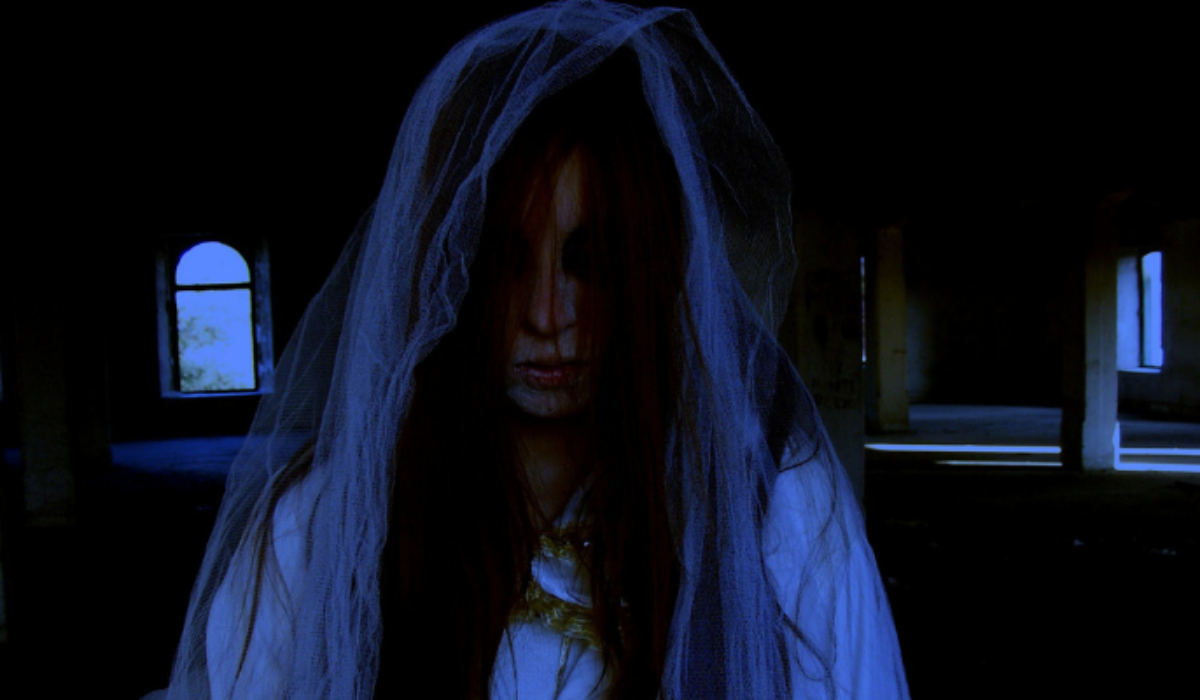 For as long as any of us can remember, games have always been a part of our generation. From fun RPGs to cute and refreshing mobile games right down to ridiculous ones (we’re looking at you, Impossible Quiz). But none are quite as entertaining or as startling as scary games that fueled nightmares, one way or another.

Don’t you just love the internet? It’s chock full of ridiculously scary games. Some have gone viral. Others lasted for a short period of time but provided a one-of-kind gaming experience. The others are here to stay, and there’s probably one that’s as mysterious as its strange origin.

And because Halloween is just around the corner, perhaps today’s the perfect time to be reminded of the internet’s penchant for birthing scary games. Here’s our top 3 pick:

“Won’t you help me find Sara?”

Asian countries — particularly the ones in the Far East, South, and South-East regions — produce spine-chilling horror stories; from movies to books to games. Did you know that? Created by Malaysian developers, Sara is Missing (SIM) is a Monsoon Lab free-to-play indie horror game.

The premise of the game is simple. As the title surmises, a girl named Sara is missing, and it’s up to you — the player — to find her. As the story would have it, you found her phone and you have to search for her via the clues provided in her smartphone. Guided by the phone’s AI assistant IRIS (she’s an app in Sara’s phone whose icon is shaped like an eagle-eyed camera lens), you embark on a detective quest to uncover what happened to Sara.

“Found footage” scary games and movies are largely popular, but this game took it to a whole new level. The entire game takes place in one setting: Sara’s smartphone. And the game goes on to simulate scenarios of what you would do when you find a missing person’s phone.

The very idea of highly simulating gameplay (where you have to go through Sara’s communications with friends to try and find her) is what made this game so viral and groundbreaking back in 2016. It’s available to be played on PC (Windows and Mac), and on smartphones (Android and iOS). It’s highly recommended that you play it on your smartphone, though, because it’s so much more realistic.

It fascinated the internet with its immersive, innovative, and fun gameplay, and we’ll simply leave it at that. Give it a spin if you want.

We’ve seen games where the goal is to avoid the serial killer wandering around the building, or the zombies stumbling around aimlessly outdoors, or to try and hide from a ghost that pops up everywhere. There are also ones where you can try to accomplish an escape from a famed underground cell or monsters in the basement.

But that’s about as terrifying as a playpen full of cute baby rabbits compared to Doritos’ advergame back in 2008. (Yup, it was a long time ago, but it made its mark.)

Hotel 626: the innovative, amazingly-produced nightmare that had me and my former classmates quaking in our shoes. What probably added to the creepy factor was the fact that it could only be played between 6 PM and 6 AM. That’s a whole lot of sixes, but that was that. You could, however, change the time on your computer to access the game at any time of the day.

The premise of the game is to leave the hotel after willingly checking-in. (That part of the story had eyebrows raising, and decreased the realistic quality the game was supposed to have, but nevertheless…) Upon “check-in” — where you give Doritos your name, email, and create a password along with permission to use your microphone and webcam — you are immediately taken into the opening movie.

You awaken in the middle of the night in your room at this nightmarish hotel. There are strange ominous noises echoing in the distance. As your breath quickens, and your heart pounds out of fear, your instinct starts screaming at you to get out. That this place isn’t what it seems. So you throw your shirt on, dash into the hallway, and the game begins.

A journey through the hotel is comprised of ten levels; each of which involves some form of a mind-boggling puzzle. You have to figure each one of them out while haunting apparitions and startlingly real ghouls lurk about. They all range from ridiculously easy (like figuring out the correct door) to jarringly tense and complex (like figuring out the code in the elevator with a creepy man staring at you with his soulless eyes.)

It’s You vs Fear

But when you put all of the game’s puzzles into a simple perspective, they’re not as intellectually taxing as when they first appear. Your real enemy in the game is your own adrenaline and the psychological paranoia that the game cultivates. It’s because you subconsciously know that if you lose, you’ll meet an unfortunate end.

That, in itself, is what gained Hotel 626 its notoriety. The adrenaline rush an impending jump-scare gives you is a classic guilty pleasure. People just like feeling scared and some are just intrigued by the idea of being startled.

The impressive quality of the game, however, is the developers’ efforts to create a very immersive scenario. Combine a first-person perspective, surround-sound audio, and cinematic visuals, yes, you’re in for a lot of scares and paranoia. Good luck with that.

And upon completion, the game rewards you with shots of yourself as you played through ten levels. Get ready for some immensely wacky shots that will make you laugh after all the nervousness you went through.

Unfortunately, a decade since its release, Hotel 626 is available no longer. It was simply a promotional game made to last for a short time. Doritos just decided they had had enough of paying for the domain and left it to expire. Now all that’s left of Hotel 626’s memory is gameplay walkthroughs plastered all over YouTube.

But when you look at it, on the other hand, it’s a fitting end to a game that thrived in mystery. It was a neat spooky little game. And no one will deny that Hotel 626 was a stunning product of its time. It had creatively invasive gameplay that more scary games of today can take inspiration from.

Maybe someone will make an even better rendition of it someday, but for now, it looks like the hotel has closed — and the less-glamorous asylum that followed it has shut down. It would have been fun, but it looks like you’ll have to get your scares elsewhere for now.

#1 The Most Terrifying Game on the Internet

At the very least, the creation of Hotel 626 made more sense. It was an advergame created by a company that sells products, but there wasn’t just enough mystery shrouding it enough to cement it to the top of our list.

This game, on the other hand, has all of that and more. The title of the game itself wracks chills down our spine, and the imagery — despite its devastatingly terrible quality — is just wrong in so many ways. It’s disturbing and as invasive as it gets. Considering the game’s origin, everybody has the right to be suspicious.

We’re talking about Sad Satan — the game that had everyone’s heads boggling when its walkthrough came up on YouTube back in 2015.

An Irish YouTuber — Jamie Farrell — who runs the channel Obscure Horror Corner discovered Sad Satan. It was a game without an author buried on the Deep Web. And he went on to call it the “creepiest game” he’d ever played.

Farrell went on to navigate the corridors and glaring halls of the poorly rendered game. And while doing so, he heard various indecipherable sounds and audio clips. There were photographs that revealed sinisterly satanic imagery. On top of that, there were also coded messages and Nazi-era photography. The game also generated weird text files that blipped on and off. It was becoming threatening and just downright disturbing, so he deleted it.

It’s just pointless and endless navigation across obscure hallways and corridors. It’s not exciting, nor is it thrilling. So why is the internet so fascinated with this unfabulous game?

The fascination for the game is not rooted in its riveting gameplay or graphics — for that matter. Most of the attention pouring into Sad Satan is the fact that nobody really knows who made it.

OHC claims that he originally discovered Sad Satan on the Deep Web (It’s the other part of the internet that isn’t indexed by common search engines. You need special software and technical know-how to access it safely and successfully. It’s also a haven for all sorts of illegal business).

When Farrell deleted the game, he also went on to point out that the link he originally downloaded it from doesn’t work. With no creator to ask and tons of hidden messages embedded in the game, the internet’s sleuths took to dissecting Sad Satan.

Among some of the scares unearthed and hidden messages decoded include:

Nobody can truly pin down the message being communicated, and we won’t bother trying to either. But the general message seems to point toward child abuse.

Furthermore, among the maze of hallways, you’ll occasionally run into figures of children. Every once in a while, they’ll lurch forward to attempt a jumpscare of some sort. Some people think it’s a depiction of the angry spirits of abused children.

As the unseen character maneuvers through an endless inescapable system of hallways, backward speeches and music play every now and then. It’s pitch-black and the only sound you’ll hear through the game’s long stretches of silence is the character’s own eerie footsteps.

Right before uninstalling the game, Farrell released all five videos he recorded. And now that it’s out into the world, the game has captured the attention of a fan base obsessed with an emerging genre of Internet horror.

Three years since it was first publicized into the internet, nobody’s been able to pin down its exact origins. And until somebody does, Sad Satan will remain as the most terrifying unplayed game to ever exist.

Scary Maze, because why not? The GIFS and YouTube videos that revolve around this flash game is just priceless. The reactions it gathered from many players across the globe is enough to truly cement its name among scary games that took the Internet by storm.

The Internet is a place of wonder and all sorts of nonsensical scares. And as we’re in the middle of the month of haunts and ghouls, perhaps it’s fun to look back at the games that made a solid mark on world wide web history. Playable or no, no one can deny the thrill and the fun to be had from playing or simply from knowing these games’ existence.