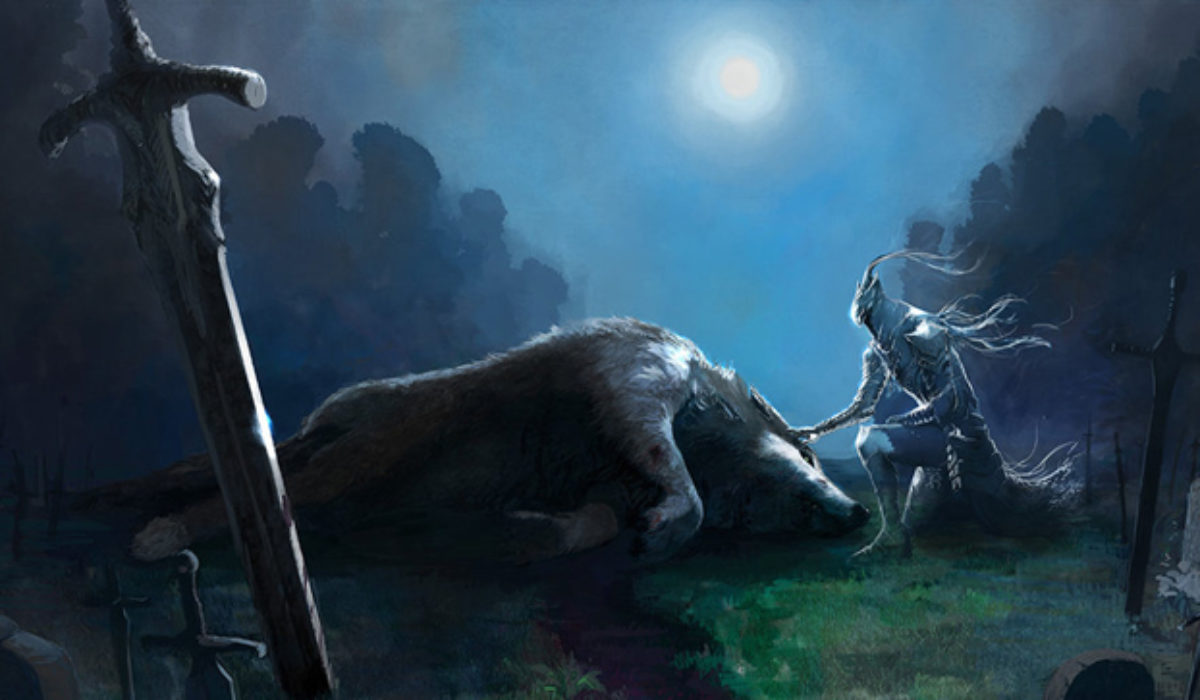 The Scoop: Boss fights are one of the pinnacles of where the player proves that they can handle the enemies and the responsibility of what the next level gives them. However, these tear-jerking boss fights will make you question if defeating them was the right thing or not.

Boss fights are the enemies that are stronger and more challenging to defeat when in a game. They are the creatures that you will have to beat to earn tasty experience and cool weapons to arm your character.

However, did you ever encounter a game where you get to face a boss that you don’t want to fight but have to?

Here are some of the tear-jerking boss fights in video games that will make you think if you really are fighting for the good.

Note: Spoiler Alert! There will be spoilers in this article. If you haven’t played the games Dark Souls, Shadow of Colossus, Mega Man X4, Skyrim, and Undertale, but want to, you may get spoiled.

Sif is the great wolf that can be found guarding the grave of its deceased master, defending it to the death. Sif is also one of the bosses that you will be facing in order to finish a quest which requires a ring from the dead master. The battle against this boss will be intense and heart-wrenching as you witness the great beast weaken before your eyes. Despite being weak, Sif keeps on fighting to keep on protecting the grave.

The DLC of the game is even more tear-jerking. You will be able to encounter Sif in the past and get to help it. You were forced to kill its corrupted master and protected Sif as well as destroying the source of evil. When you go out on the same quest in the present, Sif will recognize you and will choose to fight you in order to protect you from following its dead master’s footsteps.

The Colossi: Shadow of Colossus

These majestic and humongous creatures comprise the beauty and the majesty that swirls in the area of the game. However, no matter how beautiful and majestic these colossal colossi are, you will have the misfortune to kill them. A lot of people are expressing their regret in killing these creatures that don’t bother you and are just minding their own business.

That was until you came along and began to attack them because you need to defeat them in order to finish a quest. They will attack in kind as self-defense and that only makes it worse since it seems that you are the bad guy in this part of the game.

Mega Man is one of the classic games that people still play today. It is more than a classic and also has its share of surprises and heart-wrenching stories in the game. One of them is Mega Man X4 and playing as Zero. She is Zero’s love interest and the Colonel’s twin sister. However, no matter how Iris loves Zero, blood is thicker than water. When you defeat Colonel, you will be facing Iris in the next battle.

So, yeah, basically, you will have to fight and kill your girlfriend(or the girl that you love). Other than that, another thing that makes this a tear-jerker is the part when you defeat her and a cut-scene plays. Zero will witness Iris die with him roaring in anguish “What am I fighting for?????” Maybe question yourself when mindlessly killing from time to time in game?

Paarthurnax is one of the dragons that you will be meeting in Skyrim. Unlike any other dragons that only pops up in the sky and honing in your direction to kill you, Paarthurnax is different. And by different, I mean that this dragon doesn’t aim to kill you but he also trusted you by teaching you shouts as well as help you in killing Alduin, being a former follower of the evil dragon.

The Blades is a secret organization that worked with the Dragonborn in the past to kill dragons during the time where dragons wreck havoc on Skyrim. However, they will demand you to kill the old and wise dragon because they won’t trust him. Seriously, the dragon trusted you and helped you instead of eating you right there and then and you will just backstab him? Shame!

Every Boss in Undertale

Undertale is one of the games that will make you question the method of gaming that you’ve been doing all those years. Not only that it trolls you and bombards you with puns like there’s no tomorrow, the moral behind the game will really boggle your mind. You think that leveling up is a good thing and never glanced at the moments where you can actually spare your enemies. That’s where you’re wrong.

Almost all of the bosses in Undertale will break your heart, especially when you decide to go on a genocide route. Not only that the game will poke at your conscience silly, you will also see that having to restart just because its a game doesn’t work. At least not really. Undertale teaches gamers morals and being able to handle and carry the consequences of their actions in each playthrough.

Why Are You Fighting the Bosses For?

If there is something that players need to learn to save themselves from these heartaches, don’t take quests. Better yet, don’t play video games. At all. Oh well, even though that is a bit impossible to pull off, there are just no other alternatives for you to be able to save some of these bosses unless the game lets you.

On the other hand, you’ll know that these kinds of games are the best games to be able to get strong emotions from the players. So, I guess that’s a good thing, right? Don’t worry, you can always cry silently and privately in your room.

So what tear-jerking boss fights have you experienced?

Want more articles like this one? Check us out!