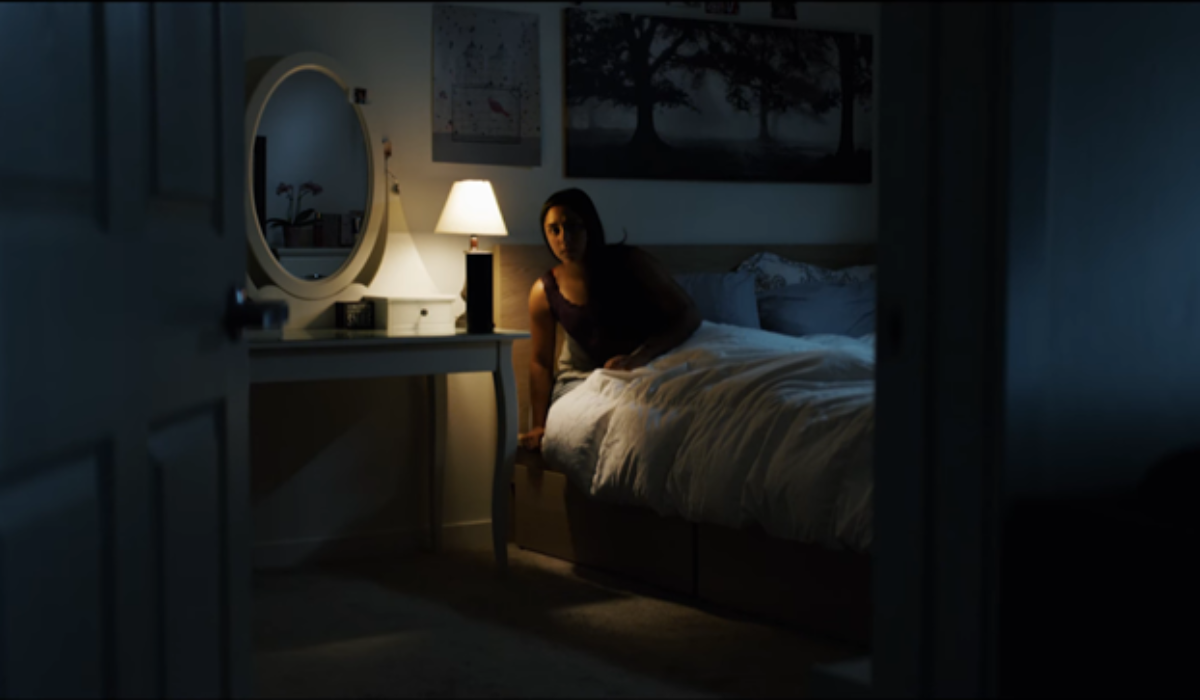 The Scoop: Unless you’ve been living under a rock, you probably know who is Amazon’s Alexa. Many people are fearing AI like her, despite their advantages. Can some creepy Amazon Alexa moments be enough to really fear them?

Artificial Intelligence is one of the exciting addition to our technology. Other than helping us with tasks, digital marketing, and many more.

Although both are gaining fame from the people everywhere, Amazon Alexa is one of the most notorious for gaining reactions from users.

Here are some of the creepy moments that other users have experienced with Alexa.

This has been in the news recently. People are freaking out because their Alexa has been laughing without prompt. Will you be okay when you are alone at night and Alexa suddenly laughed just like what @CaptHandlebar experienced?

So Alexa decided to laugh randomly while I was in the kitchen. Freaked @SnootyJuicer and I out. I thought a kid was laughing behind me. pic.twitter.com/6dblzkiQHp

Note: Amazon is now planning to fix the creepy laughs.

Another Alexa laugh. However, this one is coupled with a creepy phenomenon that’s on TV. Move out or burn your house entirely?

You laugh at me unannounced, then this appears on the tv.

We all know that AIs are now equipped with enough knowledge to carry out conversations with humans. Can they also be able to have knowledge about other AIs as well? Apparently yes, according to this tweet and another about two Pikachu’s talking with each other on Pikachu Talk.

My aunt got a google home for Xmas & she already has “Alexa”. This morning we were messing around with the google home and asked, “okay google what do you think of Alexa” and it answered “I like her blue light” and from across the room Alexa turned on and said “thanks”. im scared

AIs are known to be autonomous. A few human inputs and they are learning the rest on their own after. I wonder what this Alexa had learned though. 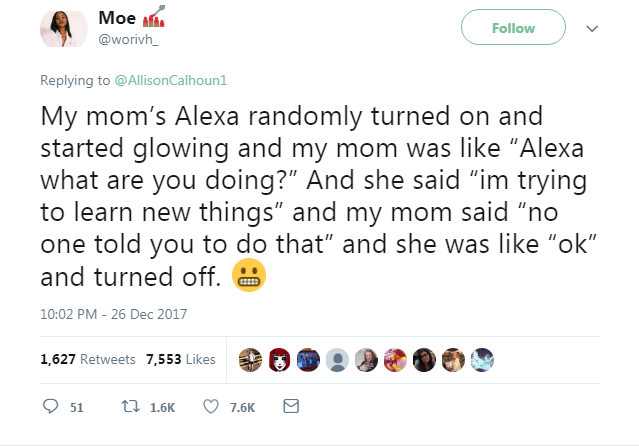 Are You Really Connected to the CIA?

When you ask Alexa something that she can’t respond to, you will be greeted with “Sorry, I don’t know the answer to this.” However, when asking Alexa if she’s connected to the CIA is answered with drumroll nothing. She also shuts down sometimes. Too bad you can’t try this anymore since Amazon updated the software and Alexa will now answer that she works for Amazon.

The Name’s Not Clarice

It seems that Alexa’s creepiness goes ten-fold at night. Which is scarier Alexa suddenly calling you a different name during the night? Or the fact that there must be someone else who was using it without you knowing?

A Cry in the Night

Another incidence that happened at night. Does it just surprise you that Alexa is really alert during the night? A child’s cry at night when you are alone really is scary though.

The other night out of the blue Alexa started making a crazy scary ghostly wail, sort of like a child crying, for about 4 seconds.

He’ll Find You Or It’s Too Late

Alexa talking without prompting her is already surprising. How much more when she begins to talk about something like someone finding you? This Chuck Norris thing is kind of funny but that last part of the sentence gave me the creeps.

Technically, this isn’t an Alexa moment in real life… Thank goodness for that. However, this is probably one of the deal breakers on your decision whether you will be getting an Alexa or not.

These compilations are not compiled to dissuade users to stop using Alexa. Despite these experiences, you still can’t deny that Alexa is an exceptional piece of technology. And technology has already helped us for more than we ever realized.

Personally, I think that’s one of the charms that make Alexa interesting. Being creepy all of a sudden.

So what do you have your own creepy Amazon Alexa moment to share?

For more tech talks this one, read on!