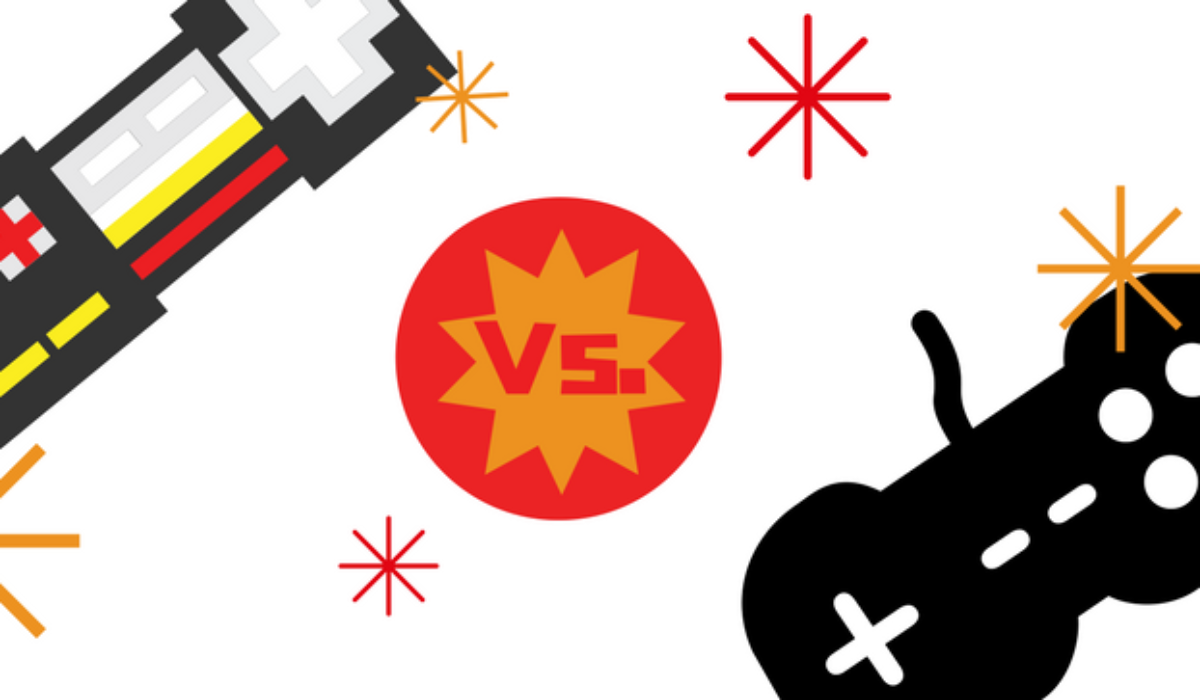 The Scoop: We always love playing video games no matter how old we get. However, as the days go by, video games are slowly transforming before our eyes. New games vs. old games, what do you prefer?

This has been a long and old debate whether or not past games are better than the new ones(or modern games). Personally, I am a sentimental person and I am a bit biased when I say that I like retro games better.

However, even though I prefer old games, it doesn’t mean that I don’t enjoy playing and trying out the games of today. Furthermore, I know that retro games have their own shares of faults as well as the modern games.

And without further ado, let us delve into which is better: old games or new games?

A Balance in Genre. You remember those game collection for the NES where it includes at least a hundred or more games? If you think about it, you will be able to see that retro game systems support a wide variety of game genre. You will realize that in old games, you will have ten favorite games with different genres, while on modern consoles, most would be first-person shooters.

Ready for the Challenge? Human beings are very competitive. If a challenge is presented in front of them, they will do whatever it takes to win. It took almost eight years before I finally managed to save Princess Peach in Super Mario(embarrassing I know), but that challenge is what kept me playing. These unending stages of bosses and adventure make your play unending and enjoyable as well.

A Shortcut to Memory Lane. Ah, memories. Unless you have a terrible childhood, retro games are your ticket to time travel. You will be able to remember the times when you were innocent and don’t have to worry about things such as bills, living, and adulting. One of the most prominent childhood activators is Space Impact. You can hear that iconic beeping of your ship just by looking at the picture too.

Those Passwords! Fortunately, you don’t have to start again from the beginning when you get a game over. This is because retro games also employ passwords so that you will be able to go back to where you left off. Unfortunately, you will have to write down a password that seems like a mile long. Make sure not to confuse “B” as “8” or the capital “i” with “l” when writing it down. If you have a brain with super powers, then go ahead and memorize.

Has the Screen Always Been Dark? Gameboy is one of the most popular handheld video game consoles that housed the famous game series: Pokémon. I remembered I kept playing it from my cousin all day and… well, that’s the downfall. You can only play it in the day because you won’t be able to see anything at night. Either it can make you sleep early in the night or you will have to use a flashlight for it.

It’s Too Challenging! It was mentioned before that a good challenge is what makes people hooked with playing video games. However, retro games are, admittedly, super hard to beat. You will be facing endless streams of minions just to get to the boss, too over-powered bosses with too little life. You will have to be living and breathing these games so that you can beat them once and for all.

Breathtaking Aesthetics. One of the significant advantages of modern games from retro games are the picturesque game environments. People are visual beings and that they learn and absorb more through their sense of sight. Coupled with an excellent soundtrack and they really hit the spot. Modern games excel in providing the look, feel and atmosphere of the game which easily sucks you into the fantasy world you are playing.

Immersive Story. Another is the story. Although some retro games share this feature, modern games are more thorough and more expressive when it comes to telling the story of the game. For example, games like Tekken are more than just your ordinary fighting game. The story mode shows every character’s story which strengthens the game’s connection to the players.

You Can Play with Friends. It’s true that players can play with their friends in retro games before but not as extensive as what modern games provide today. Games such as Fortnite makes it easier for players to play with others that are also online from all over the world. This makes gameplay more fun and enjoyable. Moreover, this also gives the chance to make new friends!

The Loooooong Intros. Although having an immersive story is good, there are just some games that overdid it. What’s worse, some of them won’t let you skip the opening intro so that you will get to play already. Opening intros are essential when you are just starting, however, having to experience it every time you open the game is just torture.

Annoying Bugs and Glitches. In the past, it was hard to deploy a game and to recall it all back when there are bugs and glitches, you can encounter a few of them in retro games. Modern games, on the other hand, is filled with glitches and bugs that it is a pain to play. Although some of those glitches can make you laugh, some are not making you happy enough because it rendered the game unplayable until your next restart.

The DLCs are Rendering You Penniless. Back then, just buying a NES game one-time is already the full package. You have everything that you can ever need in a game until a sequel arrives with more stuff and more adventures. However, modern games are heavily dependent on DLCs. Sure, they make your game more exciting but they also leave you with a gaping hole in your pocket.

The Gaming Experience Lives On

Whether you prefer retro games or modern games, in the end, they are all games. Admittedly, they are not perfect. They have their own flaws, strengths, and weaknesses.

However, that doesn’t mean that they are not enjoyable to play with. People still have their fun even if retro games are freakishly difficult or modern games is filled with glitches. What matters most is the fun, right?

So what pros and cons do you want to share for the new games vs. old games debate?

Read up for more game and tech talk here!