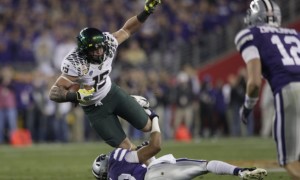 Aging may stop a person from doing what he wanted to do especially when it is requiring physical strength. If you are fond of playing sports, then time will come that you cannot already play the game you used to enjoy. The question is:

When is the ideal time for a person to stop playing sports?

Many professional players had stopped playing sports at the age of 50 or even higher. They have just simply showed the world that their age cannot hinder their desires to play games.

The oldest basketball player Jaworski played basketball until the age of 52. He played for the team of the Philippines at the same time served as the coach of his team. After his career in basketball, he also run for a public office and luckily won and started his political career.

Another person known to be the oldest is Gordie Howe, famed as a hockey legend. At the same age of 52, Howe had decided to stop playing hockey but remained active when it comes to this sports until his retirement period.

Next in line is Satchel Paige who is the greatest pitcher in the baseball generation record. He had made his last game at the age of 59. He was known for his record for the oldest rookie to debut in Major League Baseball, at 42 years old.

The oldest boxer known to be Saoul Mamby, stopped playing professional boxing at the age of 61, having the last match with Anthony Osbourne but unfortunately lose the battle. It is definitely unbelievable to witness a person at the age of 60 having a fight because boxing is a sport that requires savage fight that may damage a brain of a person but Mamby proved that he could still play at the age of 61.

Given were just only few from those athletes who had stopped playing sports at their older age. They have unquestionably proven that age doesn’t matter in determining when to stop playing sports.

Now, answering the question granted, it will be you to tell when. Playing sports is a worthwhile activity that can make you even stronger and healthier. It can help you develop your bones and muscles but because there is aging, time will come that you already need to stop playing sports.

There’s just one thing that can tell whether you still have to go on or to stop. It is your capacity. The ability of your body to perform a sport very well. When you are getting older, you body is getting weaker. There are some ways you can do to delay aging. There are some natural ways and some may even consult Calgary age management institute. Playing sports somehow may delay the process of aging. Then why would you stop if you’re body is still capable?